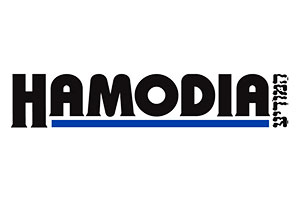 After the attacks, the option of Aliyah: running away, necessity or ideal?

“The wrong medication, following a wrong diagnosis, is given to the Jews of France » – this difficult observation is the one made by Nathalie Garson, a strategy consultant and CEO of Entreprendre Israel Ltd, which participated in drafting of the emergency plan for the aliyah from France, with Barri Bar Zion, Dov Maimon and Raphy Bazilay. This emergency plan was commissioned by the government and presented a few months ago to the public, who enthusiastically reacted to the Israeli decision to take into account the real needs of the French aliyah.

« I think the biggest problem lies in a simple reality: everyone who ‘thinks’ aliyah for Jews from France is in Israel. There are many good intentions, a sincere desire to help new immigrants to integrate, but a key point is obscured: the diagnosis. We offer aliyah a medication, while the source of discomfort has not yet been properly diagnosed. «

An identity trauma, a technical solution

Nathalie Garson does not question the motives of the Israeli government, which shows a sincere desire but « does not yet offer the right answer. » And she explains: « People who take care of integration focus on the practical, on the concrete: equivalence of diplomas, ulpan, professional integration…And it is normal since they have to worry about budgets, state calculations and we cannot denigrate the importance of these subjects. But the problem is not treated at the root. And the problem is: we provide a technical solution to an identity and emotional problem …Jews from France are in disarray, and that was even before Dieudonné, and before Hypercacher of Vincennes. They live an identity anxiety that prevents them to think logically. »

« What they want are people to listen to them before talking about aliyah. But, while faced with this broken feeling of breaking from their Jewish identity, the only direction that is shown to them is the airport. Even if we can denigrate this, it is still not enough. «

By animating those discussion groups, Nathalie understood how big the trauma was and how the banner brandished at every moment of aliyah as a solution was resented by some. « They are both proud of their Jewish identity, attached to Israel and have gone through, for a large part of them, uproot from their native country in North Africa. They bet on France to welcome them and they now feel betrayed. These people have the right to ask the question: is it true that Israel is the solution? And even though, for my part, I sincerely believe that Israel is the solution, we must still support them in this questioning, and not impose the answer. Today there are initiatives such as the Group Alya, who understood the problem. That’s why they follow the Olim during the year preceding the Aliyah and offer a spiritual approach, and coaching in this dilemma. « 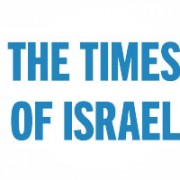